Towards a Mediterranean Energy Market

This event follows the Round Table ‘Development and climate change: financing and engineering Mediterranean projects’ which was organised by the CMI at the ‘Mediterranean Climate Summit MEDCOP21’ which took place in June 2015 in Marseille. The main recommendations of the Round Table were that financial flows should be redirected toward low climate impact infrastructure projects, climate issues should be taken into account upstream into economic, sectoral and fiscal policies and energy markets should be integrated regionally. One of the conclusions of the Round Table was that many barriers to the financing of renewable energy projects would be lifted if countries in the North would open their markets to imports of solar electricity from the South.

A fully integrated energy market between Europe and the Mediterranean would facilitate the harmonious development of the renewable energy resources of the South at least cost. Countries of the southern shore have large renewable energy resources (solar in particular) and have a comparative advantage; the resources are sufficient to meet national needs as well as those of European countries that are prepared to pay a premium for “zero-carbon” electricity.

The challenges to the creation and well-functioning of the Mediterranean energy market include, among others:

The opportunities and benefits are multiple, including:

To initiate a debate between experts, policy makers, electric companies and major players in the solar industry. The debate will identify areas of cooperation, North-South complementarities and solutions to implement for the creation of a Mediterranean energy market. The event will also be an opportunity to discuss the policies that are necessary to promote interconnection and exchanges of electricity among northern and southern Mediterranean countries. 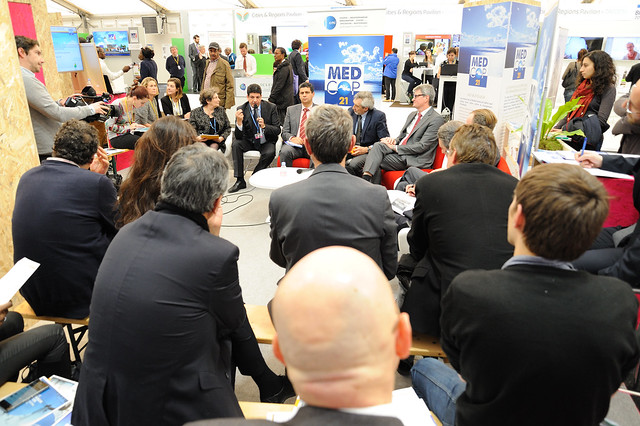 [Workshop] EU ‘Clean Energy for All Europeans’ Package Explained to...

[Round Table] The Mediterranean at the Forefront of the Energy...

Towards Clean Energy for the Mediterranean: The Role of Regional...